There’s still the question of which advantages AirPlay 2 offers when it comes to your “Smart Home”. The major benefit is that speakers and other devices that support AirPlay 2 can be integrated into HomeKit and thus appear in the Apple Home app. They can also be assigned to a room. This means that you can control them centrally, including through the Siri voice assistant.
For example, you can simply say, “Hey Siri, play my favourite playlist in the living room”, to stream your music to the speaker in the living room via AirPlay 2. But that’s not all – you can also change the volume or turn off a device when you leave the house, to give a couple of examples. Another exciting feature: more and more TVs are now compatible with AirPlay 2 and HomeKit. This means you can also integrate your TV into HomeKit and switch it on through Siri, for example. 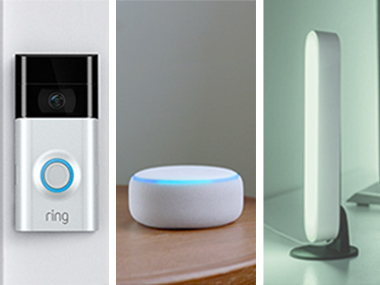