A Smart Home can have two main advantages: added convenience and better security. We would like to devote this blog post to the second aspect. How can a Smart Home ensure extra security and therefore a greater feeling of safety within your own four walls?

Everything always under control

When it comes to securing a home, surveillance and security cameras are one of the first steps. Not only do they act as a deterrent, being visible on the house exterior, they also ensure that you can always keep an eye on everything. You can look at what’s going on outside from indoors, as well as keeping an eye on your house while on holiday.

Modern and smart security cameras can generally be networked in a variety of ways and, for example, act as motion detectors, whereby a light is switched on when movement is detected. Some models can also recognise faces and carry out person-specific actions. If you install a camera in the form of a video doorbell, you can also see who is ringing before opening the door. A smart lock such as our security-tested Nuki Smart Lock 2.0 also enables monitoring of when and by whom the door is opened.

Smart, networked smoke detectors are just the first step. Like with traditional alarm systems, there are also motion and door/window sensors available for the Smart Home. Motion sensors can thus be used not only to automatically switch on lights (e.g. on the staircase, to stop you from tripping in the dark); they can also be used for surveillance.

Sensors on windows and doors signal when undesired incidents take place there. Some sensors also react to the sounds of glass breaking (e.g. Amazon Alexa on an Echo device, using the «Alexa Guard» function). In the event of detection, they can sound the alarm via a smart siren, for instance, and perform many other actions, such as switching on all the lights in the house.

Security does not just cover the prevention of break-ins. The avoidance of water damage, etc. is definitely important, too. Smart water sensors at sensitive points, such as underneath a washing machine, can be useful. They detect moisture and can switch off connected devices (if equipped accordingly) or even turn off the stop-cock. If you wish, they can also send notifications to your smart phone and sound the alarm in the house.

Presence, even when nobody is at home

Most break-ins take place when nobody is home. To minimise the risk of this horrific scenario taking place, where you come home and see your house ransacked, a Smart Home can also «simulate» the presence of people. Presence simulation is the name of the game.

Thanks to this technology, the lights in selected rooms will turn on and off randomly, for example, and television sounds, accompanied by the typical flickering light, or music from smart loudspeakers, will resonate throughout the house. Even movement can be simulated these days. A potential burglar can therefore never be sure whether or not somebody is at home. This alone is enough to act as a deterrent in many cases.

Do not neglect security

Vulnerability to hackers is a topic that is being discussed again and again. If you use secure WLAN encryption as well as different, hard-to-guess passwords for your various accounts and rely on devices from reputable providers, you will be doing a lot for the security of your Smart Home. In addition, you should always install updates in a timely manner, as they will close any identified security gaps. This will make your home not just smart but secure as well. 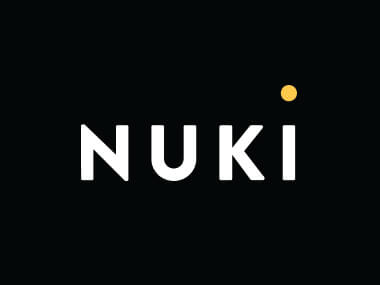