Is home automation exactly the same thing as Smart Home? Not entirely.
Smart Home is the umbrella term for all networked technical measures in one’s own four walls. Home automation takes this a step further. As the name already indicates, certain processes within one’s home are automated. In other words, they follow certain action patterns. When getting started in the world of Smart Home, various Smart Home standards can be used.

You’ll often hear the younger generations talking about connecting their own homes. This means it is important to get to know the benefits, drawbacks, as well as general possibilities. A light bulb which can be controlled via a smartphone might be “smart”, but it has very little to do with home automation. A great time to start exploring the world of opportunities in home automation, is when you’re moving into or building a home.

Let’s have a look at automation using the following example:

That’s a pretty likely scenario for a morning routine, made much easier thanks to clever automation. Which smart devices you’ll actually integrate into your own four walls is of course a matter of personal preference as well as your available budget.

There are virtually no limits to your imagination when it comes to automation. The costs depend on the desired features. If you’re living in a rented apartment, you might not want to invest as much money as a homeowner. Only rarely will it make sense for renters to install networked windows, for example.

In principle, costs can be incurred for the following:

The tech-savvy will usually be able to take care of the first point themselves. The costs associated with the second point depend on the devices to be used in the home. For example, if you want to install a smoke detector and floor heating into the system, you’ll need to lay additional cables. In new buildings, it’s clever to already think about this from the beginning. It’s always better to invest a bit more in construction than to deal with annoying networking restrictions later on. Moreover, it’s usually much easier to retrofit a home if the cables have already been laid.

Then the only question remaining revolves around the technical devices. At the beginning, it makes sense to invest in devices which make everyday life easier. Smart door locks (such as the Nuki Smart Lock), smart light bulbs, radiators, shutters, and sensors for doors as well as windows are a great way to start. Depending on the quality and the quantity, the costs for such equipment will range from a couple of hundred euros to a low four-digit figure. If, however, you leave the planning and installation to others, or are looking to have the apartment fully connected, you’ll probably expect a mid-four-digit figure.

And why should you care about home automation in the first place? Because it’s really comfortable? Well, that’s not all… Of course, a lot of routine actions are taken care of for you. However, another great benefit lies in the higher energy efficiency through the use of such systems: You can heat exactly to a feel-good temperature, and not have the heating run all the time, as well as close all windows to prevent heat from escaping.

Moreover, you can keep track of everything at home while on the go, and can respond adequately if need be. A great side-effect: Because energy is used in a more efficient manner, you’ll have a positive effect on the environment (and your own wallet – except for the initial investment, of course). 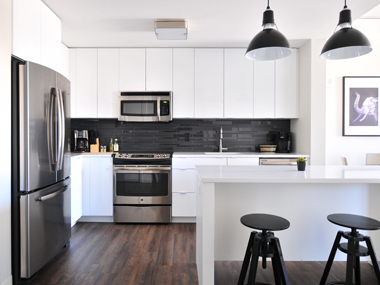 Save Time with Household Chores with These Smart Home Devices 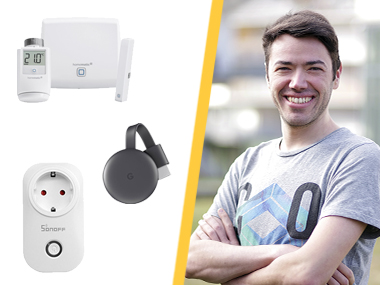