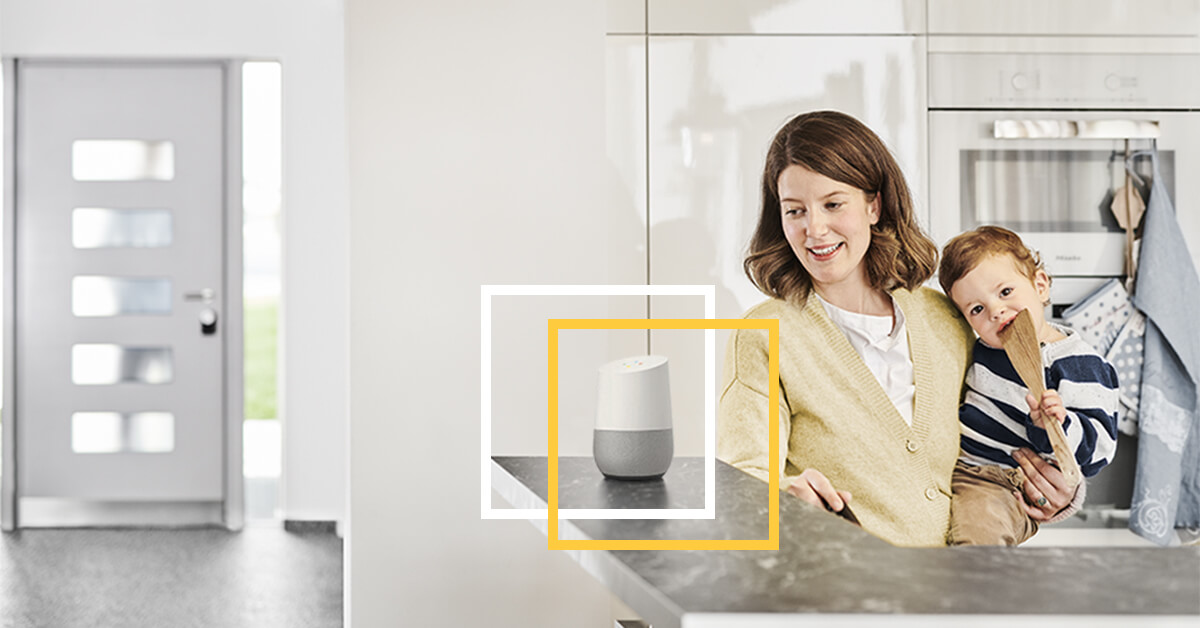 Update (28 March 2019)
Over the last months, Google has considerably expanded the functionality of Smart Home skills for door locks. You can now also lock and unlock your door with the Nuki Smart Home Skill (requires a PIN code).

In addition to direct voice commands, lock actions can also be integrated into scenes with the Nuki Smart Home Skill, meaning the functionality of the Smart Home skills clearly exceeds that of the Nuki Custom Skill.

That is why we have decided to deactivate the Nuki Custom Skill from 1 April 2019 and instead focus on developing the Smart Home skill in the future. This will allow us to bring you even more functions for your Smart Lock in combination with your Google Home. If you are still using the Nuki Custom Skill, we recommend that you switch to the Nuki Smart Home Skill for your Google Assistant.


Our new native Google Assistant Smart Home Action makes it very easy for you to talk naturally to your Google Assistant and tell it to unlock, open, or lock the door. Querying the status of the door is also particularly practical. For example, Google Actions work through a Google Home device or through the Google Assistant app on Android smartphones.

Another new feature is that you can open or unlock doors with Google smart home Actions, which was previously impossible with either Custom Actions or Smart Home Actions. Until now, users could only use voice commands to lock the door and query the status. For security reasons, unlocking and opening the door only works with 2-factor authentication, i.e. the Google Assistant requires a PIN code to unlock the door.

Here’s how it works:


It’s as easy as that!
To set up the Skill, simply open the Google Home app on your iOS or Android smartphone and click “Add” > “Set up device (works with Google)” and Nuki will appear in the list of suggestions.
The protection of your data is important to us!
This website uses cookies. These cookies are essential for the basic functionality of Nuki and help to optimally design and continuously improve the website. Furthermore, we use optional cookies to improve our advertising activities. You can find more information in our data protection regulations.
Cookie preferences
Functional cookies
Functional cookies enable essential functionalities on the Nuki website and the Nuki Shop and also include measurement and optimization cookies.
Marketing cookies
With our marketing cookies we would like to understand our users better, to adapt our content to their needs.
Nuki » Blog » Nuki News » New Nuki Smart Home Action for your Google Assistant
Hello,