About us » The Nuki story

November 2013
Martin Pansy comes home from work and realises that he has once again forgotten his keys at the office. His brother Jürgen, a successful cyclist, is annoyed by the unwieldy key ring which he needs to carry along with him in his jersey.

The two brothers, serial entrepreneurs and experts in digital and mobile solutions, start researching, asking themselves: How can we use our smartphone as a key to open existing doors? 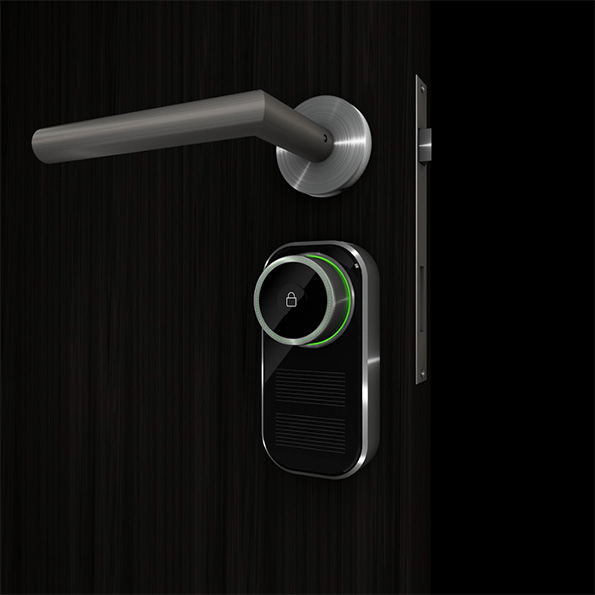 September 2014
After discovering that there are no innovative solutions for electronic door locks available on the market yet, Jürgen and Martin take matters into their own hands. They start searching for a partner, ideally a renowned manufacturer in the key industry with hardware expertise in the area of door locks and key cylinders.

Their search turns out to be harder than they expected, a lot of companies turn them down:
“It’s impossible!”
“You can’t sell door locks online!”
“You guys have no idea how complex door locks are.” 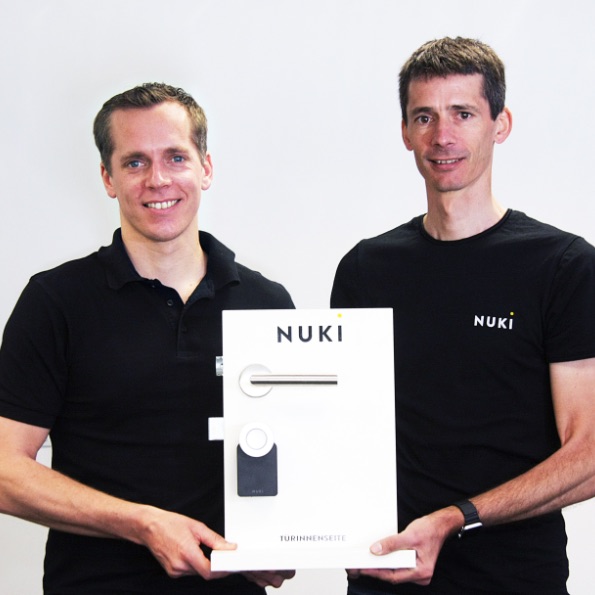 October 2014
At the time, nobody believed in the two brothers’ vision of creating smart access solutions and replacing the physical key in the process. However, the founding team is convinced of the enormous potential of Smart Home solutions and decides to officially found a company headquartered in Graz, Austria. 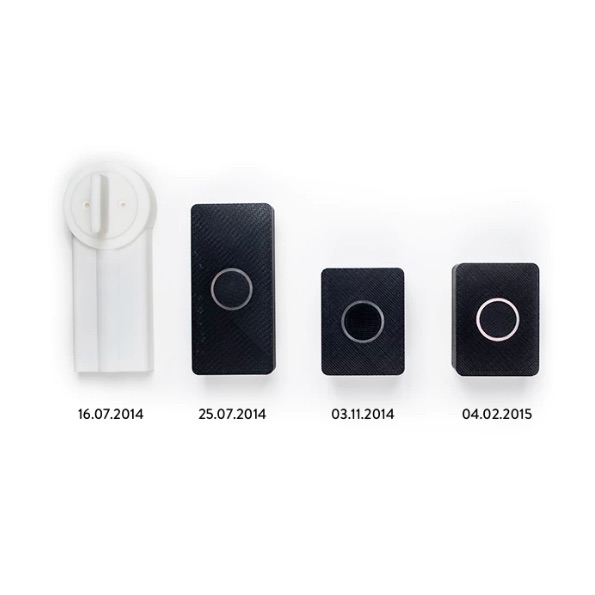 May 2015
To quickly realise their smart door lock revolution, Martin and Jürgen dedicate great effort and passion to their digital business, together with a team of eight experts in the areas of development, marketing, and products. Their vision of keyless access is infectious, and they manage to find competent comrades-in-arms in no time.

Only a few months later, the entrepreneurs use the Kickstarter crowdfunding platform to launch a highly successful campaign in Germany, Austria, and Switzerland – back then, however, using the name Noki (“no key”). 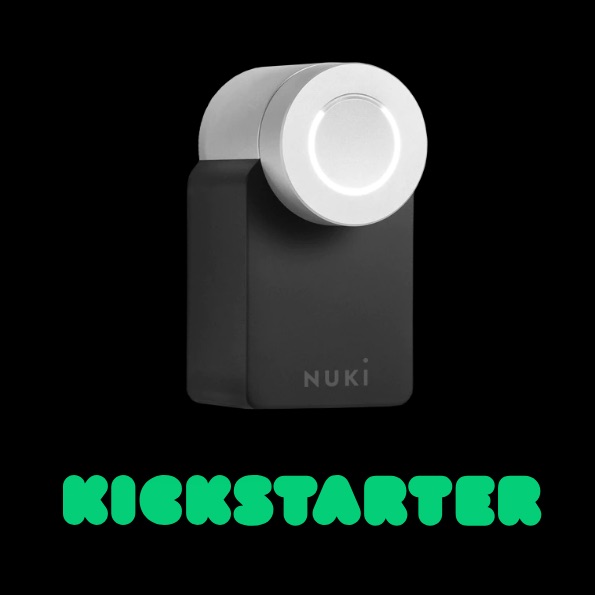 June 2015
The founders want to receive honest feedback on their idea. The crowdfunding platform offers the perfect solution: “Tell people about your product and see if they’re willing to pay for it.”

Within just a few hours, countless Kickstarter supporters have helped the company reach their original funding goal of € 125,000. The fact that their vision not only motivates their own employees, but also potential customers, convinces Martin and Jürgen to follow through on their idea. After 45 days, the project has raised around € 385,000, three times the original goal. This secures the capital required to produce the first line of products.

July 2015
Market demand is there, and the timing is just right as well. The spectacular positive response and great interest overwhelms and surprises the Noki team.

However, the increasing public attention and popularity of the product also prompts a public statement by Nokia because of the similarity of the product names. The small start-up company was unwilling to engage in a trademark battle before court with a big player like Nokia, and so the founders decided to change the name of the company: Noki is now Nuki (“new key”). 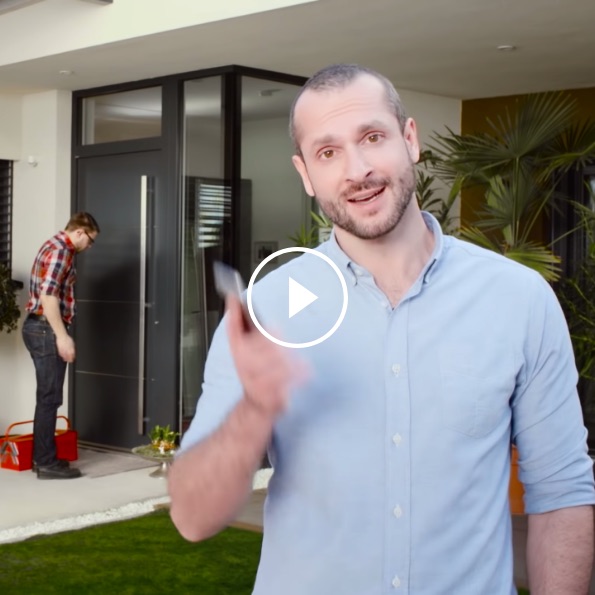 April 2016
The first steps into world of hardware pose a challenge for Nuki. The company quickly needs to add new skills from various fields to their team. Additionally, the first batch of production requires prefinancing after the highly successful crowdfunding campaign.

That is why the company decides to complete a first external financing round of more than € 2 million. 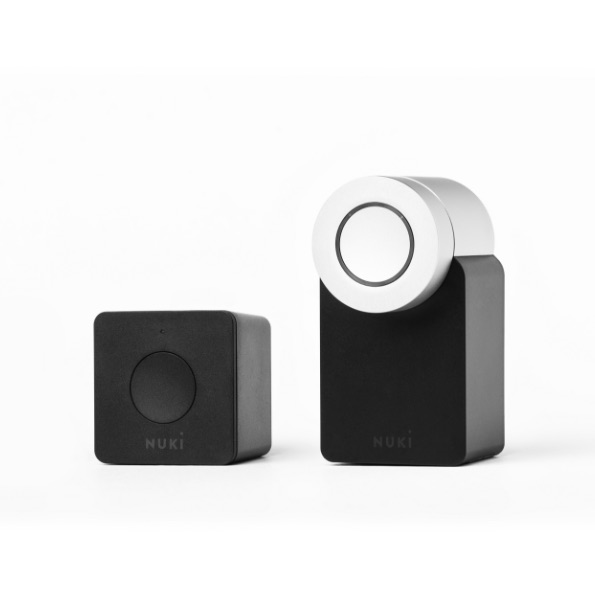 After a waiting period, a sufficient number of Nukis are now in stock and can be shipped to the countless supporters of the Kickstarter project. Just in time for the upcoming Christmas shopping season, Nuki is also added to the product range at Media Markt and Saturn. 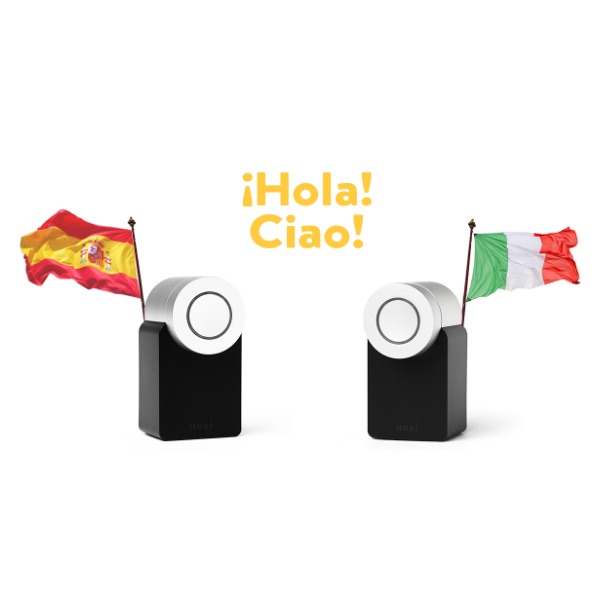 January 2017
Nuki goes international
To quickly become the European market leader, the company launches its product on various European markets in 2017. The Nuki team continuously expands to serve these markets as best as possible. Motivated employees with language and professional skills in areas such as marketing, sales, logistics, and support are particularly in demand. 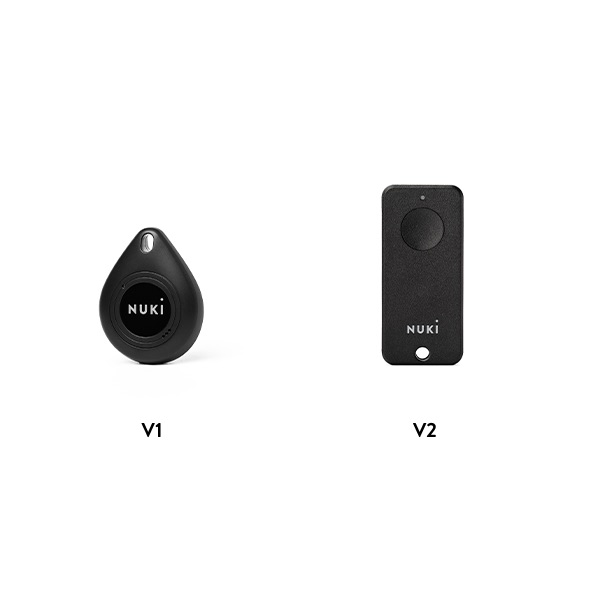 February 2018
Several products, such as the Smart Lock, Bridge, and Fob, have already been available on the market for 1.5 years: Enough time to start learning from customer feedback and make improvements. The company starts by improving the Nuki Fob – faster, stronger, and better than its predecessor. 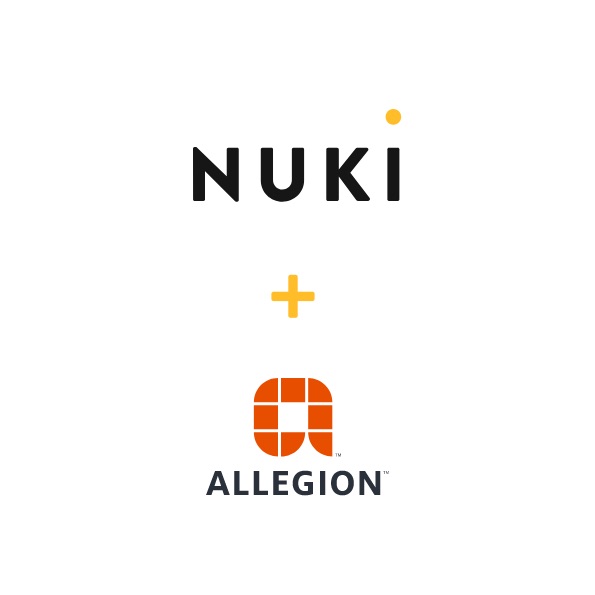 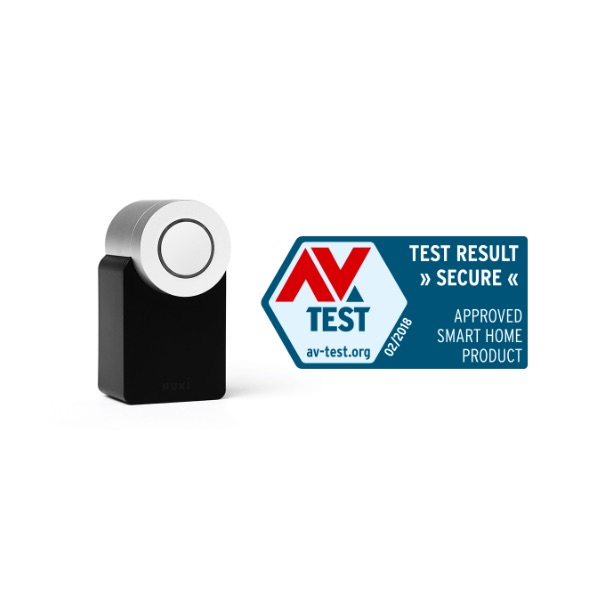 April 2018
From the very beginning, security has been paramount for Nuki. This is now also reflected in the brand claim: smart – simple – secure.

This claim is now also confirmed by the AV-Test seal, awarded by a renowned, independent testing institute. The Nuki Smart Lock is certified as a “safe Smart Home product”. 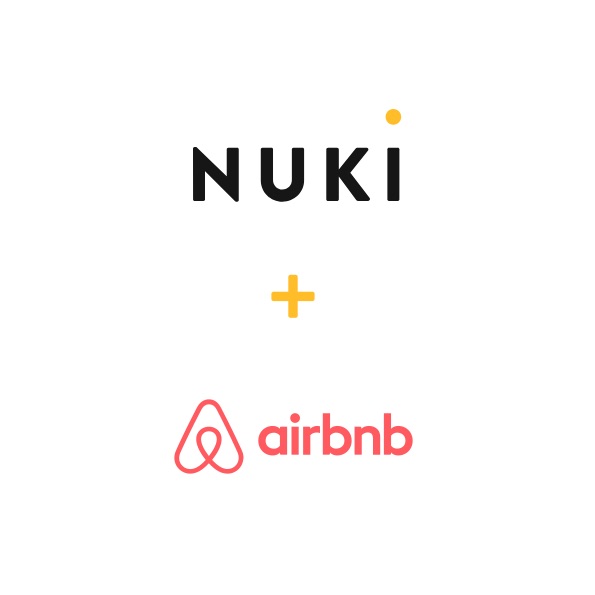 April 2018
Cooperation with Airbnb
With Airbnb, the booking platform for holiday properties, another renowned company shows interest in Nuki. Shortly thereafter, Nuki announces a cooperation with Airbnb: Nuki is integrated into the automated Airbnb booking system, which makes the daily lives of hosts so much easier. 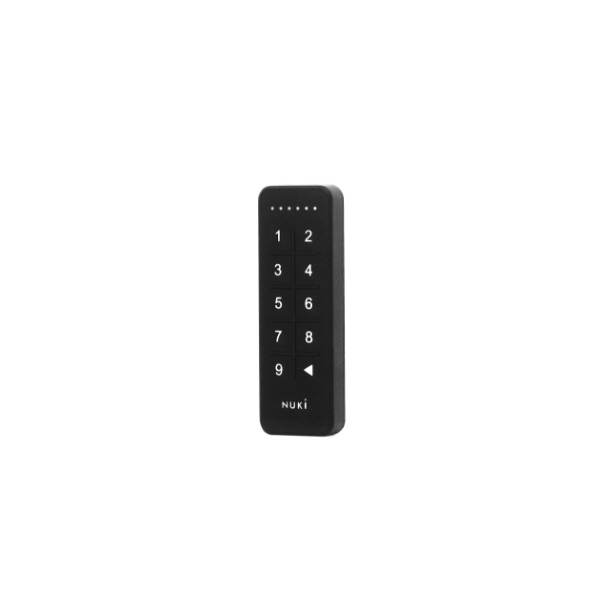 September 2018
The latest addition to the product range, the Nuki Keypad, is introduced to the press and visitors at the IFA 2018. The newest member of the product family is met with an overwhelmingly positive response. Another important milestone on Nuki’s path towards becoming the European market leader… 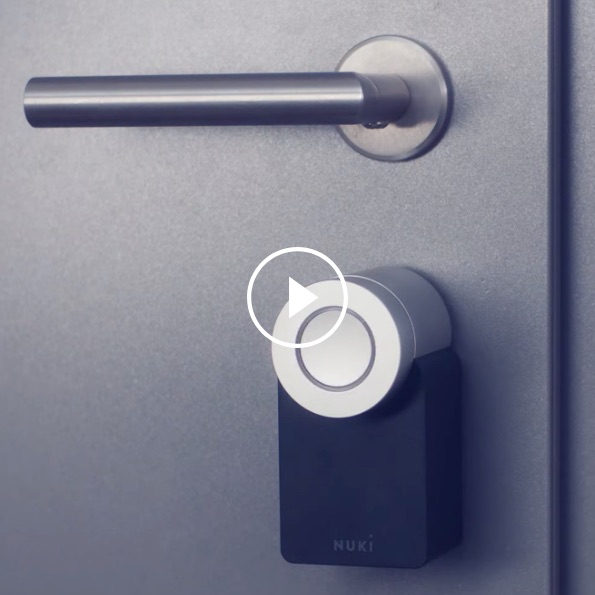 November 2018
Now the core product also receives an upgrade – the 2nd generation of the Smart Lock is announced to the public together with a new brand name and claim: Nuki Smart Lock 2.0 – One Smart Lock for all. 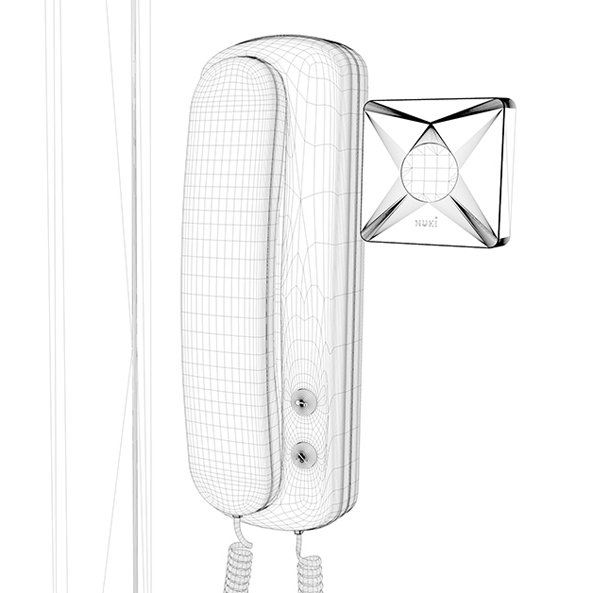 Step into the world of smart living.
With the Nuki Vision, which revolves around smart entry systems, “smart living” doesn’t just start when you step in the apartment. We’re focusing on a keyless lifestyle and getting ready to introduce another new product soon. 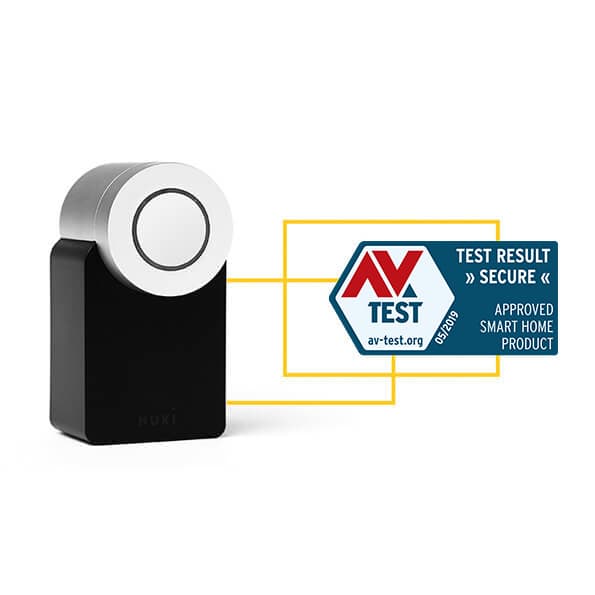 May 2019
AV-TEST again confirms the security of the Nuki Smart Lock.

As in april 2018 AV-Test certifies again the Nuki Smart Lock 2.0 and the latest version of the app as safe Smart Home products. Test results 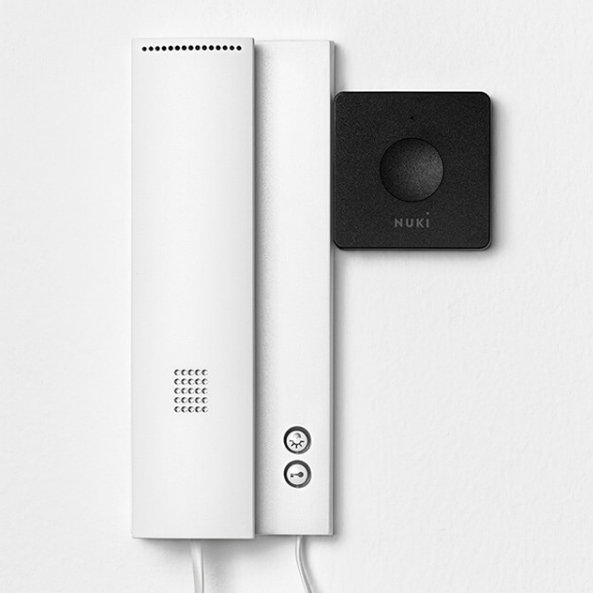 September 2019
The secret will be revealed
at the IFA 2019 in Berlin:
We are presenting the Nuki Opener to the public.

Smarten up your intercom.
With the Nuki Opener – the retrofit solution for existing intercoms –, residents in apartment buildings can now also benefit from completely keyless access from the road to their living room. 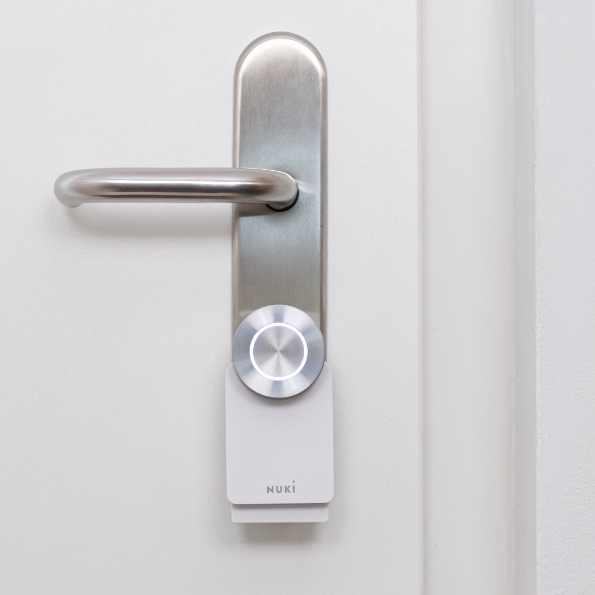 Outlook:
We are a young and motivated team that loves digital challenges. Over the past years, we’ve experienced many great highs as well as some minor setbacks. These experiences have only strengthened our belief in our vision of digitising as many keys as possible. We are now taking great strides every day towards our goal of becoming the European market leader in smart access solutions.

We cannot thank our Nuki community and partners enough for their outstanding support: without them, we never would have gotten to where we are now. We believe that every door in Europe should become smart. Great things still lie ahead!

Our story – our culture

Find out what drives us and what has happened at Nuki since our very beginning. 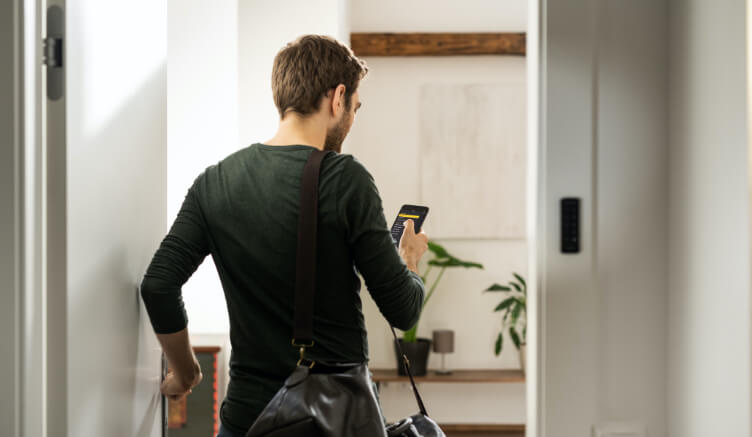 If you have any questions about Nuki, you can call us Mon-Fri between 9am-2pm (CET).